Karl Baller was part of the German resistance movement during the Second World War. His life story is also part of our history. Karl Baller was born at 14 January 1902 in Hannover-Linden, Germany. According to the official death certificate he died on 26 December 1944 in the area of Ipolysag, Hungary, currently called Ipolyvece near Hont.

Karl grew up in Eldagsen (Kreis Springe). Later he moved to Westerfeld near Hannover, Deveser Straße 12 (nowadays Stadt Hemmingen, district Westerfeld). He was trained as a cabinet maker between 1916 and 1920. As a cabinet maker pupil he was working at the Hannoversche Waggonfabrik in Hannover. In his final period as a pupil he worked as a miller at Hanomag (Hannoverische Maschinenbau AG) in Hannover-Linden. At 4 Decmber 1926 he married Elfriede Häveker (25 July 1902 – 21 July 1991).
After completing his training in 1920 he, only 18 years old, joined a ‘Freicorps’ in the east. From 1923 on he was a member of “Friends of nature” and he became a member of the SPD in 1928. From 1932 on he was the vice-president of the local branch in Hannover-Westerjeld. During 5 months, probably from fall 1931 to spring 1932, Karl stayed at the Boarding School of the Socialist People’s High School Tinz/Gera. From June 24 till July 13 1933 he was imprisoned. From 1934 on he was a member of the Socialistic resistance movement “Sozialistische Front”.  This started a period of consecutive imprisonments. He was held in prison in Hannover from 24 March till 19 May 1936 accused of the preparation of high treason. After he was released he was imprisoned again on 7 August 1936 and again at 28 October 1936. The high treason process took place between 18 and 28 October 1937 in Hannover.  He was convicted to 2 years, 4 months and two weeks imprisonment by the 2nd Punishment Senate of the OLG Hamm at 28 October 1937. At 16 November 1937 he was transferred to the prison (tuchthuis) in Hameln. In 1938 he filed a request for clemency, which was rejected at 25 May 1938. He was released at 25 October 1938 and transferred to the police of Hameln to be “imprisoned to protect”. From 5 November 1938 he was at KZ Sachsenhausen near Oranienbrug as prisoner number 11137. Early November 1944 he was, probably under pressure, recruited at the “SS-Sturmbrigade Dirlewanger”.

Presumably, Karl died at 19 December 1944 in Hungary. In his death certificate, as decided upon by the Hannover District Court at 14 August 1954, the time of death is decided to be midnight 26 December 1944.

Translated from the Dutch translation of the German original text by Uwe Schaper. 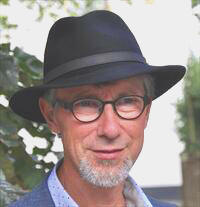